Points On Your License Can Result In Serious Complications 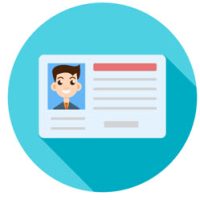 When a police officer pulls you over to give you a ticket, you might feel comfortable simply paying the fine. However, paying a ticket or pleading guilty to traffic offenses can negatively impact you in the long term. Usually, paying a ticket means you plead guilty to the traffic offense. If you do not contest a traffic violation, it can result in, among other consequences, steep fines, and a license suspension.

As a driver in Kentucky, you should know that points are added to your driver’s license each time you pay a traffic ticket or receive a traffic conviction. Unlike how it is with many things in life, where receiving points is a good thing, getting points added to your driver’s license is not a good thing. In Kentucky, drivers risk losing their driving privileges if they accumulate a certain number of points in a certain period. Depending on your situation, fighting a ticket could be the best thing to do.

Under the Kentucky Driver Point System, a driver starts with zero points on their license. Then they accumulate points for various offenses. Generally, points accumulate on a driver’s driving record to aid in identifying habitually negligent drivers. Below are some common offenses and their points value;

As you can note, most offenses in Kentucky result in three points being added to a driver’s license. Nevertheless, it is crucial to note that even an offense like making an improper turn that places three points on your record can push you closer to having your license suspended.

If a driver is placed on probation, they will not be considered for probation again until twenty-four months have passed from the last date of any previous probation period.

By Cessna and George Law Firm | Posted on November 22, 2022
« Robbery Crimes In Kentucky