Things Police Officers Can And Cannot Do 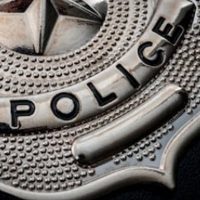 When a police officer engages in misconduct, they can be punished just like anyone else. A police officer can, among other things, be sent to jail, ordered to serve probation, or ordered to pay monetary fines, if found guilty of engaging in a behavior that goes against the law. Additionally, if a police officer’s misconduct leads to you being charged with a crime, your charges could be dismissed. For example, if an officer obtained the evidence they have against you through illegal means, your charges could be dismissed. If you were charged with a crime, it is crucial that you speak to an attorney to find out if they can uncover police misconduct that could help your case.

What Things Can Police Officers Not Do?

Below are some common things that police officers do that they are not allowed to do:

When conducting interrogations, police officers are required to follow strict constitutional rules. Interrogation rules are in place to protect your right against self-incrimination. Before police officers can begin questioning you after an arrest, they must inform you of your right to remain silent and right to legal counsel. A violation of your Miranda rights can lead to evidence being considered inadmissible.

Police officers are not allowed to tamper with evidence, including “planting” evidence to make an unlawful search appear legal.

What Things Can Police Officers Do?

So, what are law enforcement officers allowed to do? Below are some of the things that police officers can do;

If you were charged with a crime and need help uncovering if there is police misconduct that could help your case, call a London criminal defense attorney at 606-770-5400.

By Cessna and George Law Firm | Posted on June 15, 2022
« Basics On Plea Bargaining
Tips To Help You Choose A Medical Malpractice Attorney »