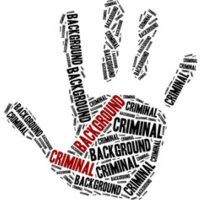 What Is an Expungement?

Most people have heard of criminal record expungement but only a few understand what this really means. In simple words, an expungement is a legal process that removes arrests, charges, and/or convictions from an individual’s criminal record entirely and makes it appear as though the arrests, charges, and/or convictions never occurred. Usually, in the state of Kentucky, when a person is charged with a criminal or traffic offense, the charges appear and remain on the person’s criminal record history. Even if a criminal charge is immediately dismissed or minor, it will still appear and stay on a person’s criminal history. Expungement involves making these charges disappear from an individual’s criminal history.

What Is the Purpose of Expungement?

In Kentucky, you can expunge arrest records, misdemeanors, and felony convictions under certain circumstances. If you were arrested or arrested and charged but not convicted, you are eligible to petition to have your criminal record expunged if;

When it comes to acquittals and dismissals, it is crucial to note that you cannot expunge a criminal record if the dismissal or acquittal was in exchange for a guilty plea to another offense. In a case where your charges were dismissed with prejudice, or you were acquitted, you can file your petition after 60 days have passed since your dismissal or acquittal.

On the other hand, you can expunge felony charges after twelve months have passed since the court presented your case to a grand jury.

If you were convicted of a crime, you should know that records related to misdemeanors, violations, and traffic infractions may be eligible for expungement five years after you complete your sentence or probation (whichever is later). However, your records cannot be expunged if you have been convicted of a misdemeanor or felony in the last five years. Also, you cannot have your records expunged if there is a pending criminal proceeding against you or if the offense you are seeking to expunge is a sexual or child abuse offense.

By Cessna and George Law Firm | Posted on March 29, 2022
« Who Can Be Sued For Medical Malpractice?
Choosing A Criminal Defense Attorney »