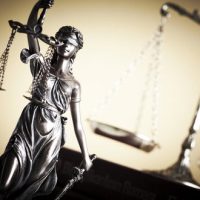 According to KRS 403.720, a family member is a spouse, an ex-spouse, a child, a grandchild, a grandparent, a parent, a stepchild, or any other individual living in the same household as a child if the child is the alleged victim. On the other hand, a “member of an unmarried couple” includes children of the couple and members of the unmarried couple.

In Kentucky, an emergency protective order remains in effect until a full hearing is held or it is withdrawn. If you do anything contrary to a protective order while the order is still in effect, the petitioner can call the police and have you arrested. So, even if you know you are being falsely accused, it is crucial that you, for example, avoid communicating with or contacting a person who has taken a protective order against you, except as directed by the court. If law enforcers have probable cause to believe you violated any of the rules in a protective order, they will arrest you.

All Parties Have Rights

In a domestic violence case, all involved parties have rights, and that includes the accused. So, if you are being accused of committing a domestic violence act, reach out to a skilled criminal defense attorney right away so they can help you protect your rights.

Contact a London violent crime attorney at Cessna & George Law Firm today if you’re being accused of committing a domestic violence act. We are dedicated to building strong defenses for and protecting the rights of our clients. Call us today at 606-770-5400 to schedule a free consultation.