Some Common Causes Of Truck Accidents In Kentucky 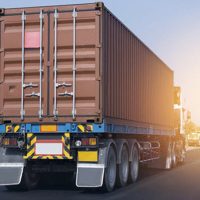 Trucks are crucial to the nation’s economy. Truck drivers transport a large percentage of United States freight, and many U.S. communities depend on trucks for their food, raw materials, and other essentials. Generally, without trucks making deliveries across the nation daily, many people would not be able to receive their needs or go about their daily lives. However, while the trucking industry is critical to the nation’s economy, it has created a problem that claims the lives of and injures many Americans every year: truck accidents. In Kentucky alone, there could be more than 9,000 truck accidents in a single year. According to the Kentucky Transportation Center at the University of Kentucky, in 2017, there were 9,819 truck accidents in Kentucky, 82 of which were fatal collisions, and 1,461 were non-fatal injury collisions. Trucks are said to be the second most common vehicle involved in Kentucky motor vehicle accidents. To keep yourself safe on the road, it is vital that you understand why truck accidents happen. Truck accidents can occur for a variety of reasons.

Below, we have put together some common causes of truck accidents in Kentucky.

This is by far the most common cause of truck accidents in Kentucky. According to the Kentucky Transportation Center at the University of Kentucky, in 2017, 3,275 truck accidents occurred due to driver inattention. Driver inattention, which is the same as distracted driving, includes behaviors such as texting/talking on the phone while driving, daydreaming, and eating/drinking while driving.

Trucks can be tough to maneuver because of their height. A truck driver must choose to drive routes with clearances high enough for their truck to fit through. If a truck driver chooses a route with clearances that are not high enough for their truck to pass, an accident could occur when the truck driver incorrectly assumes they can fit under an overpass or bridge. In 2017, misjudging clearance caused more than 1,500 truck accidents in Kentucky.

Driving Under the Influence

Truck drivers work long hours. Working long hours can lead to driver fatigue. Unfortunately, even a few seconds of drowsiness could have serious repercussions. The government understands the dangers of a driver operating a truck while tired and has established Hours-of-Service regulations that limit how much time a trucker can drive without taking a break. However, some trucking companies and truck drivers do not abide by the law.

Driving Too Fast for Conditions

Some of the most dangerous driving conditions arise during bad weather, such as when it is raining or snowing. During such times, truck drivers must adjust their driving, which includes their speed, to ensure safety. A truck driver driving within or above the posted speed limit on a wet road is at a high risk of causing an accident.

You may be eligible to recover compensation if you have suffered injuries or lost a loved one in a Kentucky truck accident. Contact an experienced London truck accident attorney at Cessna & George Law Firm to schedule a consultation.

By Cessna and George Law Firm | Posted on January 16, 2023
« Some Common Myths About DUI Cases In Kentucky
Why Is It Dangerous To Overload A Truck? »