Some Common Myths About DUI Cases In Kentucky 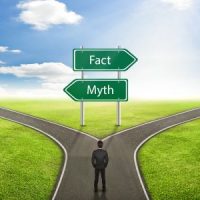 It is very normal for myths to develop around certain things. But while some myths are not dangerous, those surrounding criminal-related matters can be dangerous. For example, myths surrounding DUI cases can be quite dangerous. Unfortunately, many myths abound about DUI cases.

If you were recently arrested and charged with DUI in Kentucky, it is vital that you understand the facts about DUI cases. You need to avoid falling for myths. But how do you tell the facts from myths, especially if this is your first time facing DUI charges? Because we understand how difficult it can be, to tell the truth from lies, in this article, we debunk some of the most common myths about DUI cases in Kentucky.

Myth #1: Being Charged With DUI Means You Are Guilty

Myth #2: DUI Is a Minor Offense

Some people treat DUI cases like minor cases. To some people, being charged with DUI in Kentucky is like being given a traffic ticket. Regardless of whether this is your first, second, or third time facing DUI charges, you need to take the charges seriously. A DUI charge, even a first one, can have serious consequences.

Contact a qualified attorney if you were arrested and charged with DUI in Kentucky.

DUI cases are not like other cases. For example, in addition to the criminal charge, a person charged with DUI must also deal with an administrative license suspension.

Myth #4: You Cannot Go to Jail for a First DUI Offense

Contact our experienced London DUI attorneys at Cessna & George Law Firm if you’ve been arrested and charged with DUI in Kentucky.

By Cessna and George Law Firm | Posted on January 9, 2023
« How Much Is A Kentucky Nursing Home Neglect Case Worth?
Some Common Causes Of Truck Accidents In Kentucky »