Kentucky DUI Laws: What Happens If You Refuse To Take A Blood, Urine, Or Blood Test In Kentucky 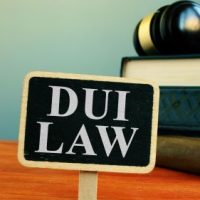 What Is Kentucky’s Implied Consent Law?

According to Kentucky’s implied consent law, when you drive in the state of Kentucky, you automatically agree to take one or more tests of your blood, urine, or breath, or a combination of the same, for purposes of determining the alcohol concentration or presence of any substance which may impair your ability to drive, if a police officer with probable cause asks you to do so. The implied consent law also applies to anyone who is in physical control of a vehicle. Being in physical control of a vehicle means that you have the means to initiate any form of movement of that vehicle and you are close to its controls.

Consequences of Refusing To Take a Blood, Urine, or Breath Test

As already mentioned, you don’t have to agree to take a blood, urine, or breath test. However, refusing to take a test comes with consequences. According to Kentucky law, refusing to take tests results in the suspension of a driver’s driving privileges. According to the law, if you refuse to take a test, your driver’s license will be suspended by the court at the time of your arraignment. A refusal can also be used to enhance the penalties of a DUI. For example, if within a ten-year period, you are subsequently convicted of DUI for a second or third time, you’ll be subject to serve a mandatory minimum jail term that is twice as long as the mandatory minimum jail term imposed if you submit to the tests. The fact of a refusal can also be used against you in court as evidence. Even though a refusal does not necessarily prove intoxication, often, prosecutors argue that refusing to take a test means that the accused is hiding intoxication.

Even though your driver’s license will be suspended if you refuse to take a urine, blood, or breath test, you may be eligible for an ignition interlock license. Such a license allows you to drive during the period of your suspension. It’s important to keep in mind that this privilege is not a guarantee. Also, if given this privilege, you will be responsible for paying for the installation and supervision of the ignition interlock device during the duration of your suspension.

Did you refuse to take a urine, blood, or breath test in Kentucky and are now concerned about what will happen next? If so, you should speak to a lawyer. A lawyer can help you determine the best course of action. The London DUI attorneys at Cessna & George Law Firm can review your case and dedicatedly defend your rights. Call the office of Cessna & George Law Firm today at 606-770-5400 to begin working on your case.

By Cessna and George Law Firm | Posted on November 30, 2021
« A Brief Guide To Kentucky’s Car Accident Laws
Steps To Take After A Kentucky Car Accident »