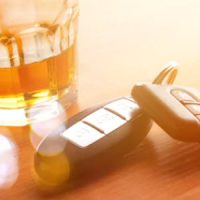 What Are Aggravated Circumstances?

However, when it comes to refusal, if yours is a first DUI offense, the refusal will not be considered an aggravating circumstance.

A hardship license is a temporary restricted license that a judge grants a motorist whose license has been suspended. This license is usually granted on a case-by-case basis. But as already mentioned, if convicted of DUI and aggravating circumstances exist, it might be impossible for you to get a hardship license.

An ignition interlock device (IID) is an in-vehicle breathalyzer that prevents a driver from starting a vehicle if their breath alcohol concentration is more than 0.02% as measured by the device. IIDs are generally meant to stop drivers from starting their car after consuming alcohol.

If you are facing aggravating DUI charges, you need to talk to an attorney as soon as possible. An experienced London DUI attorney at Cessna & George Law Firm can help you. Call 606-770-5400 to schedule a consultation.

By Cessna and George Law Firm | Posted on May 25, 2022
« The Crime Of Resisting Arrest In Kentucky
Basics On Workers’ Compensation In Kentucky »